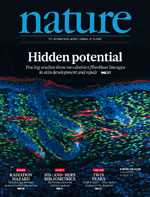 Despite many good intentions and initiatives, gender inequality is still rife in science. Although there are more female than male undergraduate and graduate students in many countries, there are relatively few female full professors, and gender inequalities in hiring, earnings, funding, satisfaction and patenting persist.

One focus of previous research has been the ‘productivity puzzle’. Men publish more papers, on average, than women, although the gap differs between fields and subfields. Women publish significantly fewer papers in areas in which research is expensive, such as high-energy physics, possibly as a result of policies and procedures relating to funding allocations. Women are less likely to participate in collaborations that lead to publication and are much less likely to be listed as either first or last author on a paper. There is no consensus on the reasons for these gender differences in research output and collaboration — whether it is down to bias, childbearing and rearing9, or other variables.