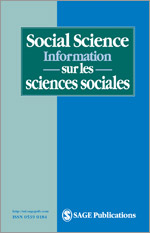 Since the 1990s, a growing number of social science researchers collaborate in the creation of areas of research such as neurolaw, neuroeducation, neuroeconomy or neuromarketing. Sometimes referred to as ‘neurodisciplines’, these areas of research share a common postulate: the measure and analysis of the nervous system’s activity offers the possibility of discovering new ways of explaining human behaviour. Neuromarketing first appeared in the early 2000s and has developped in both university laboratories and private ones. Neuromarketers aim to understand consumer behaviour by applying neuroscientific theories and methods of measuring neurobiological activity to marketing questions. As a controversial topic, neuromarketing is critized in both the public space and academia. Some members of the media, some consumer associations and some neuromarketers see neuromarketing as having a more or less realistic power of persuasion (Lindstrom, 2009) while most neuroscientists qualify it as a scam or publicity stunt (Nature, 2004). Starting from bibliometric analysis of neuromarketing publications, we define the shifting boundaries of this area of research whose subject itself is still opened to debate. Building on Pierre Bourdieu’s work on the scientific field, we highlight the forces that shape this speciality both in and out of the academic field. Based on semidirective interviews, we demonstrate that neuromarketers have to develop discursive strategies to distance themselves from the controversial image of neuromarketing and adopt publication strategies in order to disseminate the results of their research in the scientific field.