Functionalism without Selectionism: Charles Elton’s « Functional » Niche and the Concept of Ecological Function 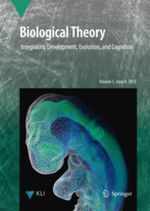 This article offers an analysis of ecologist Charles Elton’s “functional” concept of the niche and of the notion of function implicitly associated with it. It does so in part by situating Elton’s niche concept within the broader context of the “functionalist-interactionist” approach to ecology he introduced, and in relation to his views on the relationship between ecology and evolution. This involves criticizing the common claim that Elton’s idea of species as fulfilling functional roles within ecological communities committed him to an idea of communities as units of selection. While such a claim implicitly attributes to Elton an understanding of function along the lines of the selected-effects theory of function advocated by many biologists and philosophers of biology, Elton’s use of the niche concept, I maintain, involves an understanding of function more along the lines of alternative nonselectionist theories such as the causal-role, goal-contribution, and organizational theories. I also briefly discuss how ecologists after Elton also tend to have typically adopted a nonselectionist understanding of the function concept, similar to his.