How modern economics learned French: Jacques Drèze and the foundation of CORE 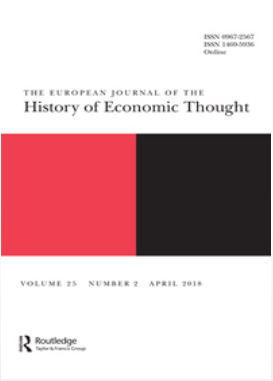 The Center of Operations Research and Econometrics (CORE), founded in 1966, was one of the channels through which economic modelling practices were imported from the USA to Europe. Officially modelled after the Cowles Foundation for Economics Research, it reflected Jacques Drèze’s broad experiences in the USA during the 1950s when modelling techniques were not yet anchored in disciplines. CORE gained an international reputation, however, through the rather exclusive community of Neo-Walrasian economists represented by Werner Hildenbrand, Jean Gabszewicz, and Gérard Debreu. After this community modified the disciplinary divisions at CORE, the influence of CORE on continental economics occurred mainly through disequilibrium economics, which still represents a “French accent” in modern macroeconomics. At the same time, operations research and econometrics prospered at CORE while receiving scant attention from economists. This essay tells the story of how CORE changed continental economics through the unique career path of its founder, Jacques Drèze.